Unfortunately, when you’re dealing with allergies, you’ve got to read labels all the time… and not just once, but every time. We almost learned that the hard way today.

We had found an inexpensive pasta sauce from Little Italy Foods that didn’t contain soybean oil. There were 3 or 4 flavors and all of them were soy free. Which is another thing you need to look out for: Just because one flavor is soy free, it doesn’t mean that every flavor from the same manufacturer is soy free.

In some ways I’m embarrassed that I didn’t catch the different label at the store, but the real problem is when the ingredients change and there’s no other indicator. With companies retooling for profitability, with companies getting purchased by other companies, there’s really no guarantee that what you’re buying now is the same as what you bought last time.

This exact problem is one of our biggest concerns at restaurants. Just because things checked out last time, there’s no guarantee that every ingredient of every component of every dish is exactly the same as it was previously. Carrabba’s has changed things recently, and Spaghetti Warehouse has yet to give us a consistent answer. 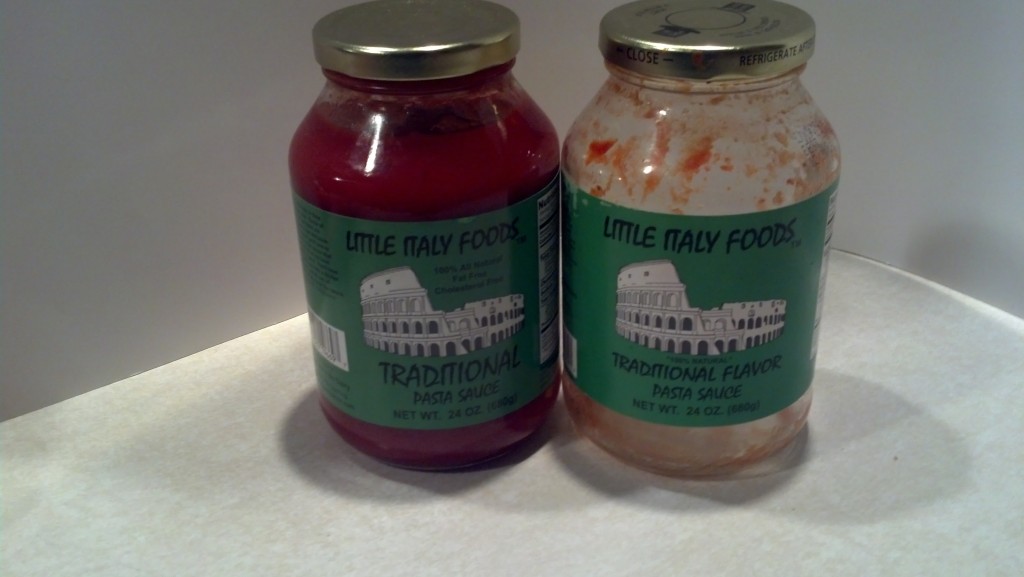 Close enough to the same, or so we thought. 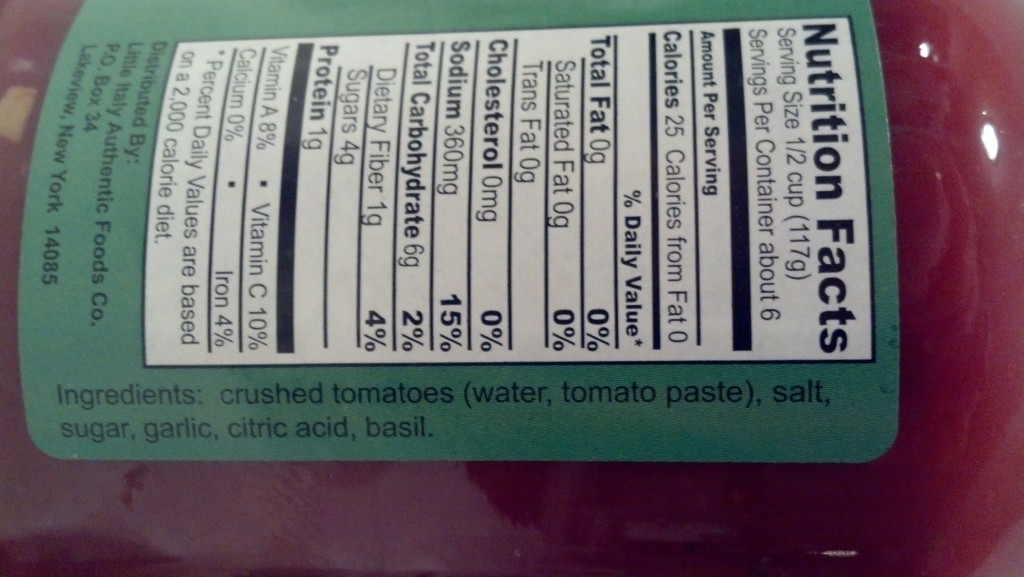 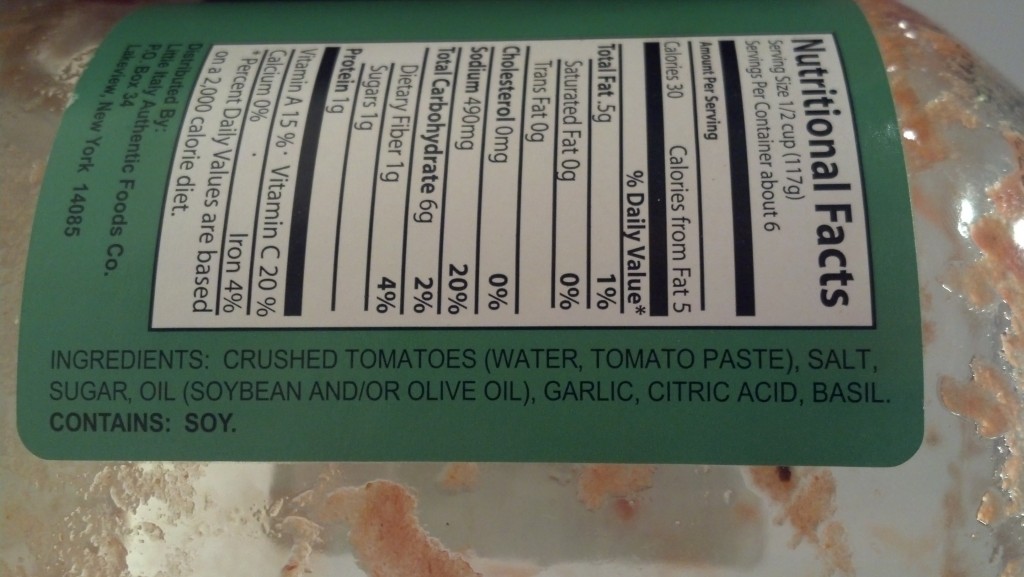